Most of the season nitro Funny Car driver Jim Campbell had been struggling.

That changed for Campbell at the Lucas Oil Winternationals in Pomona, Calif., Aug. 1. 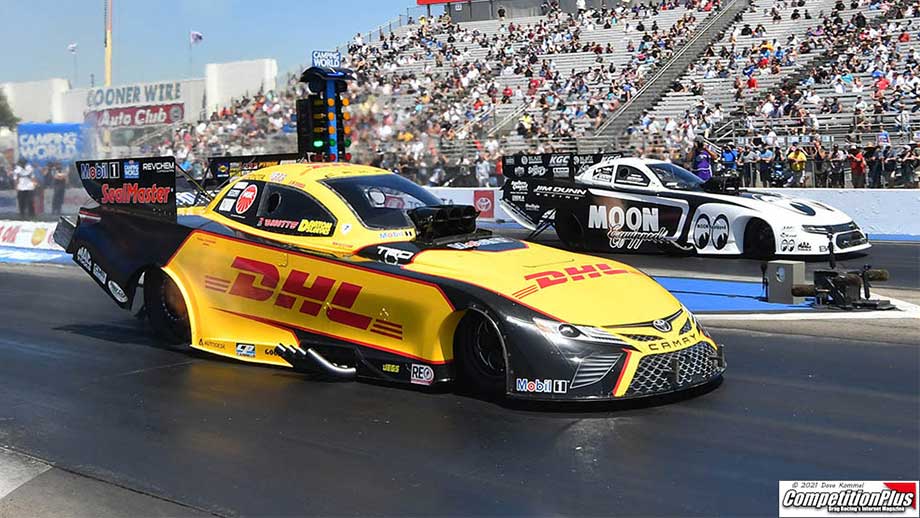 Campbell, who drives for legend Jim Dunn, advanced to the semifinals. Campbell defeated Blake Alexander and Alexis DeJoria before falling in a pedal fest to J.R. Todd.

“It was huge,” Campbell said about making to the semis in Pomona. “For my confidence as a driver and my team. You get down on yourself when you don’t go rounds when there are times you knew you could have, and things didn’t go your way. It definitely gave our team a lot of confidence. J.R. got me on the tree, but he and both started having problems and it was a close race.”

Up next for Campbell and his new-found momentum is the Menards NHRA Nationals Presented by PetArmour this weekend at Heartland Motorsports Park in Topeka, Kan., August 13-15.

“The good part is a lot of the races we are going to are hot tracks and that definitely plays into our favor,” Campbell said. “I also want to make the Countdown.”

NHRA’s Countdown to the Championship playoff system, with the top 10 racers in each professional category competing for a championship over the final six races, returned in 2021 and will lead into the season finale, the 56th annual Auto Club NHRA Finals in Pomona, Calif., Nov. 12-14.

“It would not only be cool for me to win a race at any track, but I would love to win a race for Jim (Dunn) and his family,” Campbell said. “We have qualified well in Topeka, but like you have seen before we will qualify well, but on race day we will have our problems. At the last race in Pomona, that really built our confidence that we can get a car down the track. Everybody is going to deal with the same problems.

“My two main goals are to win a race and get in the Countdown. I’m stoked that were in the mix for the Countdown. I would love to go a couple of rounds in Topeka, the U.S. Nationals or Brainerd (Minn.). I have been really close to making the Countdown and that’s the prime goal. Once the Countdown begins, the points are reset, and anything can happen.” 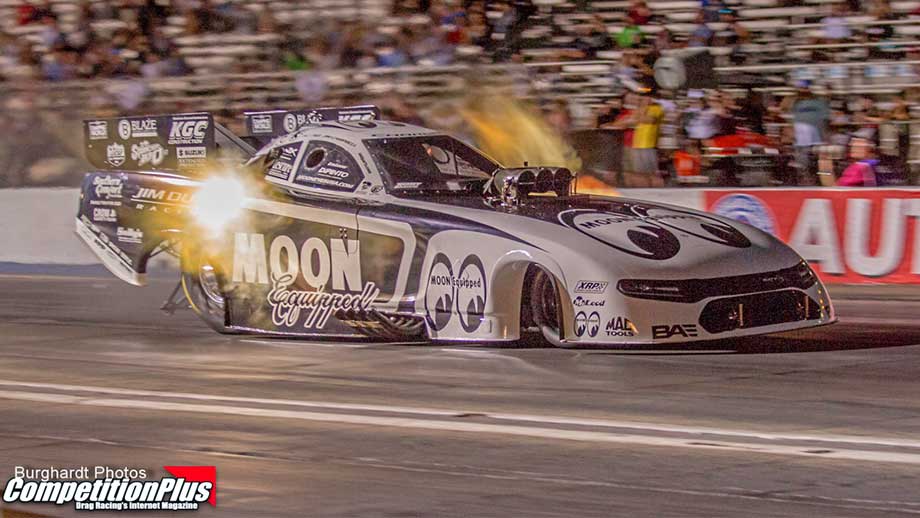 Link to original Competition Plus article by Tracy Renck